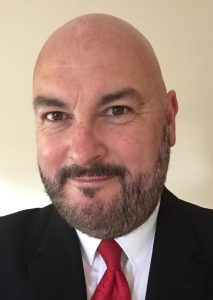 Phil has been in Facilities Management – and specifically the cleaning sector – since 2001 following a lengthy career in the fresh produce industry. Now the Sales & Marketing Director for LCC Support Services, Phil has held similar senior business development roles with Sira Plc, Indigo Services and most recently with Facilicom UK.

Phil is passionate about the cleaning industry and, in particular, about helping to raise the profile and wellbeing of those who work within this sector. To that end, Phil worked with the Living Wage Foundation back in 2010 to create an accreditation system for cleaning companies who wished to support the principles of fair pay. He was a founder member of the Foundation’s Service Provider Leadership Group which launched in September 2014 and continues in that role to promote and influence the movement’s impact & reach. Similarly, he engaged with the Equality & Human Rights Commission contributing and assisting with their ground-breaking 2015 report ‘The Invisible Workforce’ before joining the Commission’s Cleaning Taskforce to create and market their #seethetruevalue campaign – raising the public’s awareness of the people who keep their world clean!